What is Electric Motor Testing and Why is it Done 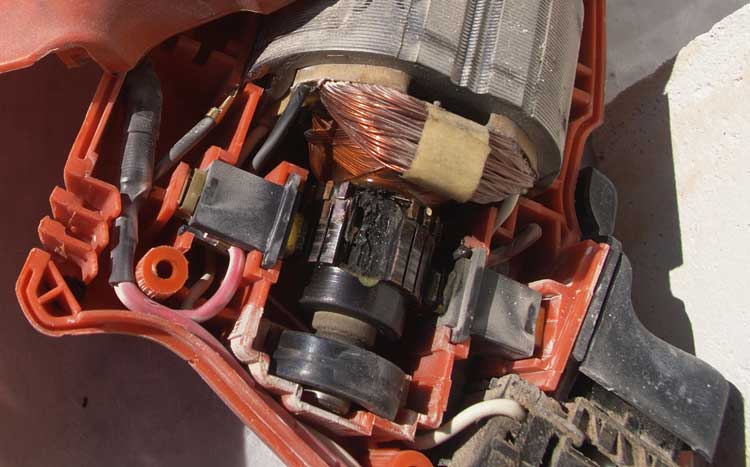 Electrical maintenance programs are designed to increase equipment promptness and uptime while decreasing capital operating cost. Electric Motor Testing is usually the first thing to be sacrificed when cutting back on operational expenses. But smart companies, understands that without proper maintenance programs, there is billions of dollars of lost revenue through increased motor repair costs, downtime, and waste in industrial and commercial companies.

Why is Electric Motor Testing Done?

After bearing failure, electrical faults are the most common mode of motor failure, so in addition, a properly planned electrical testing scheme is important for making sure of the plant reliability. The Electric Power Research Institute (EPRI) conducted a survey which brought into the light that, 48% of motor failures are because of electrical failures. The 48% can be again divided into rotor problems (12%) and winding problems (36%). The other 52% of failures are mechanical faults.

Many diagnostic tools, such as clamp-on ammeters, temperature sensors, a Megger or oscilloscope, can help illuminate these issues.

Winding defects occurs due to contamination, ageing of insulation, thermal overload, power surges, damaged wire/materials, and other causes. They start as energy crossing an insulation fault like moisture, which sets apart at least one turn. This creates extra stress and increase in temperature across the fault, which increases until the winding fails.

Some of the winding faults are:

Fault finding of at least one of the above can save your facility countless hours of shut down and numerous dollars in savings.

What is Done During Electric Motor Testing?

There are various kinds of testing done on motor. They are:

Electric Motor impulse testing is an integral part of predictive maintenance of electrical motors. Below are few questions that helps in explaining the influence of extensive impulse testing on a motor.

This was accomplished by putting a low voltage motor through extensive testing rigors, until inducing a failure. Following the failure, additional testing investigated the possible deteriorating effects on turn-turn insulation due to impulse testing beyond the motor’s dielectric breakdown. NOTE: This paper was edited from the original version of the IEEE paper published in 2003.

Electric Motor Rotation Testing
Check for fan or pump motor rotation when testing offline with the MCE. Fans may continue to slowly rotate due to drafting in the Plenum. Pumps that are attached to a shared header might remain rotating if other pumps attached to the header are functioning. This will adversely affect the Standard Test results, possibly creating higher than normal resistive and inductive imbalances.

Wound Rotor Electric Motor Testing
Wound rotor motors have a three-phase winding wound on the rotor which is connected to three phases of start-up resistors to provide current and speed control on start-up. Failed components in the resistor bank are common and often overlooked when troubleshooting. These damages can have major influence on the complete functioning of the motor and must be provided significant attention when troubleshooting these motors.

Meg-ohm Test
The meg-ohm test has long been the tool of choice for most engineers, and this simple test is often the only electrical test performed on a motor. However, while the meg-ohm test has a valid role to play, it is simply not capable of detecting all the likely faults within a motor’s winding.

PC tests
Modern test equipment utilises PC control to provide automatic testing and fault diagnosis, thus removing the responsibility on the operator to interpret the results. The equipment can detect micro arcs, and to stop the test automatically. Database software permits resources to be saved with all test outputs, so that a practise can be built up with time, preferably from the inauguration of first-hand motor. Automated testing also helps remove operator error, inconsistency created by different operators applying different parameters and the possibility of the operator applying over-voltage to the motor. The latest testers combine all static electrical tests within one portable device, which also can create professional test reports.

Static or Insulation Testing
It is performed with the motor disconnected from the power supply. It is particularly done from the motor control cabinet and must be performed in a predetermined test sequence.

Winding Resistance Test
It will highlight dead shorts, loose connections and open circuits. Such tests must be performed with accurate equipment, which can measure down to 0.001 ohm. It is extremely important to correct the resistance values to a constant temperature, typically 20 degrees Celsius. The motor temperature should be quantified as precisely as achievable, and the copper temperature should be utilised wherever possible. A motor that has been recently operating is very unlikely to be at ambient temperature, so the use of ambient temperatures should be avoided. Upon conclusion of the test, the one imbalance between the phase-to-phase readings are quantified.

DC Step Voltage Test
It is typically performed at twice line voltage plus 1000 volts. The voltage is increased in a series of steps, and the leakage current is plotted. Effective insulation to earth will denote a linear plot, whereas a non-linear plot will indicate an insulation deterioration at that voltage where the leakage current instantly amplified. The step voltage test provides a great deal more information than the basic DC hipot test.

DC Hipot Test
Simply applies a voltage, measures leakage current and calculates meg-ohms. If the meg-ohms are greater than the acknowledged smallest estimate, the motor passes. Even if there is an area of damaged insulation which causes a lower reading of meg-ohms, if that value is higher than the minimum accepted value, it will still pass.

Surge Test
This test is used to verify the turn-to-turn, coil-to-coil and phase-to- phase insulation condition and is typically performed at twice line voltage plus 1000 volts. It can identify dead shorts, frail insulation, unbalances and loose connections caused by incorrect winding. It works by injecting high voltage pulses into each phase, creating a potential difference between one turn and the next. The resulting sine waves from every phase must equal 1 another.

The above-mentioned tests are offline tests.

Dynamic Motor Testing or online Testing
A more recent addition to electrical testing technologies, this involves measuring the voltage and current of the motor’s three phases, while the motor is functioning in its usual setting, and quantifying a host of data related to, the motor, the power supply and the load. Both electrical and mechanical issues can be identified.

How is Motor Testing Done?