Harmonics are electric voltages and currents on an electric power system that can cause power quality problems. Because equipment and machinery can malfunction or fail in the presence of high harmonic voltage and/or current levels, harmonic distortion has become a growing concern for facility managers, users of automation equipment, and engineers.

Why is Harmonic study and Analysis Necessary?

Although the possibility of harmonic problems is narrow, the cases in which they do appear can lead to reduction in power system reliability. Harmonics degrade the level of power quality and its efficiency, particularly in a commercial building or industrial facility. An insight of the potential effects and causes can help avoid harmonic related problems at the design stage and decrease the possibility of undesired effects happening on start-up.

IEEE Std. 519-1992, which is titled “IEEE Recommended Practices and Requirements for Harmonic Control in Electric Power Systems”, Chapter 10 “Recommended Practices for Individual Consumers”, this section is written from the perspective that harmonics must be within acceptable limits at the point where the power system serves more than one customer.

It should be kept in mind that only when the non-linear loads become a substantial portion of the total load, harmonic study and analysis is recommended to predict harmonic levels and identify potential resonance problems regardless of the rectifier pulse number. Most buildings can withstand nonlinear loads of up to 16% of the total electrical system capacity without concern. If the nonlinear loads exceed 16%, some non-apparent negative consequences can result.

In the following cases harmonic study need to be performed:

What is Done During Harmonic Study and Analysis?

Harmonic analysis or harmonic modelling is an arithmetical method of foreseeing potential resonances and harmonic distortion levels depending on the available power system data. All but the simplest of systems will require a computer to perform this analysis. A number of software packages are available specifically for this purpose.

Equipment like transformers, capacitors and utility system impedance are considered and non-linear loads are represented by several frequency harmonic current sources. Such a modelling study will indicate if harmonic levels will fall within IEEE or utility limits.

Two types of analysis are present in a harmonic analysis and study:

The discrete and whole current and voltage harmonic distortions are estimated at several buses then the outcome are judged against the predetermined limits.

If harmonic analysis denotes extreme harmonic levels or a potentially harmful resonance condition, there are numerous substitute corrective actions that can be performed.

How is Harmonic Study and Analysis Performed?

Similar to other power systems studies the harmonics study consists of the following steps:

If a harmonic analysis study is required to be performed, the following steps should be followed:

Step 2: Focus the place of common coupling (PCC) which is the point that joins the industrial network with the facility or with the adjacent plant.

Step 3: Highlight the in-plant system buses that are expected to be affected from harmonic distortions.

Step 4: Gather the harmonics-related data of all nonlinear loads within the plant.

Step 5: From the utility company, get the important data of voltage and current harmonics at the predetermined PCC including the highest and lowest short circuit fault levels and the permitted limits on current and voltage harmonics because the permitted harmonic limits differ from country to country.

Step 6: Mock-up the electrical network with the help of any of the accessible software like electrical transient analyser program (ETAP).

Step 7: Perform the harmonic analysis for the electrical network at the various possible operating scenarios.

Step 8: Verify whole and discrete levels of current and voltage distortion levels at the concerned system buses and at the PCC.

Step 9: Check the harmonic frequency spectrum, which is a plot of each individual harmonic value with respect to the fundamental value versus frequency.

Step 10: If the harmonic distortion outcome surpasses the permitted levels, chose a suitable harmonic mitigation solution and the best insertion point for that solution. 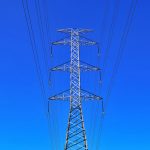 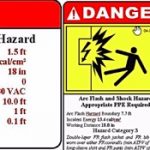 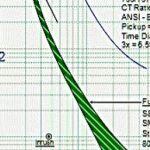 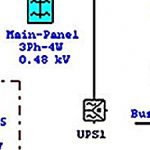 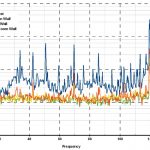 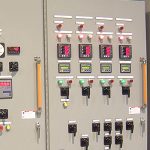 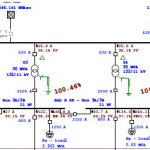