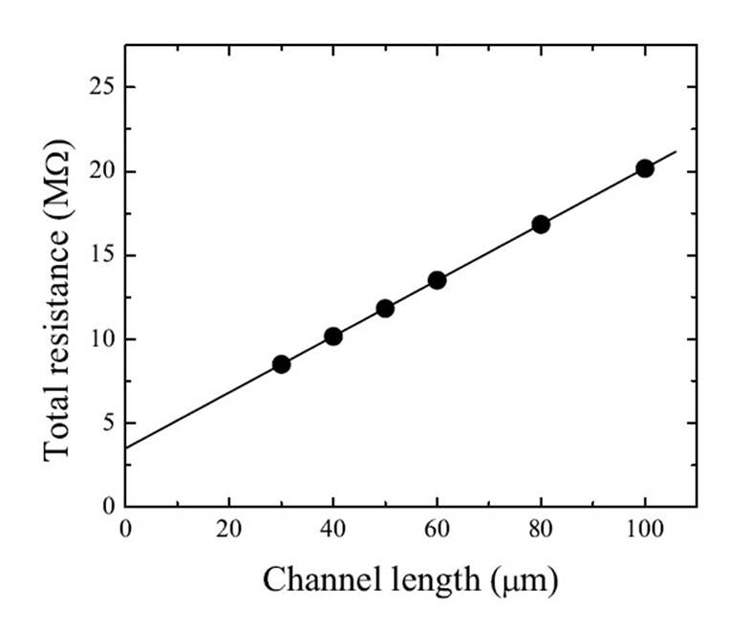 Contact resistance is the resistance to current flow, due to surface conditions and other causes, when contacts are touching one another (in the closed condition of the device). This can occur between contacts of:

The ductor tester can be found in many variations such as Micro, Mega and Milli- Ohmmeters, static resistance tester or DLRO which stands for Digital Low Resistance Ohm Meter. Is used to measure resistance in different applications of electrical testing. This tester consists of a DC ammeter and a few other components. The test measures the resistance at the micro- or milli-ohm level and is used primarily to verify that electrical connections are made properly, and can detect the following problems:

The term contact resistance refers to the contribution to the total resistance of a system which can be attributed to the contacting interfaces of electrical leads and connections as opposed to the intrinsic resistance, which is an inherent property, independent of the measurement method. This effect is often described by the term Electrical Contact Resistance or ECR and may vary with time, most often decreasing, in a process known as resistance creep. The idea of potential drop on the injection electrode was introduced by William Shockley to explain the difference between the experimental results and the model of gradual channel approximation. In addition to the term ECR, “Interface resistance”, “transitional resistance”, or just simply “correction term” are also used. The term “parasitic resistance” has been used as a more general term, where it is usually still assumed that the contact resistance has a major contribution.

The contacts in the circuit breaker needs to checked periodically to ensure that the breaker is healthy and functional. Poorly maintained or damaged contacts can cause arcing, loosing phase, and even fire.

The two common checks conducted on the contacts of a circuit breaker are the visual inspection check and the contact resistance check.

There are two types of ductor testers in general:

Contact resistance measurement and its application domain are fairly extensive.

The electric connections of circuits have various ways and means, such as connected by welding, by pressing, by plug in and blot tightly and so on. If you want to know the quality of a connector and its conduction characteristic, you just need to measure its contact resistance. The contact resistance was often applied in quality testing of switches, relays and PCB pads.

By the ways of measuring contact resistance we can qualitatively analyse the reliability and tightness of the machinery assembly. This technique has been already applied in quality test of the shield assembly for EMC. Measurement methods for different application are not the same. For example, in the case of measuring contact resistance of high-power switches and relays, high current should be used, a pair of contact, things just like the condition what is actually happening in working status. In the case of a dry circuit connector, the test current should be low to prevent the joint to be melted by heat, (the current less than 100mA).

How to Measure the Contact Resistance which Includes in a Loop Circuit, but no Changing the Circuit?

Because the contact resistance changes with environment and the current pass through, the condition for measurement should be close as the condition in use. The four-terminal measurement technique and eliminating thermally EMFs technique must be used in accurate measurement. This indirect measurement method can be applied in measuring contact resistance or loop resistance. It needs three test points, three steps and three formulas. This method had been approved correct, and can also be used in calibrating the loop- resistor standard.

It is very important in the contact resistance test to maintain consistent measurement conditions, to be able to compare with previous and future results for trending analysis. Therefore, when taking periodic measurements, the contact resistance test must be performed in the same position, with the same test leads (always with the calibrated cables supplied by the manufacturer), and in the same conditions, to be able to know when a joint, connection, weld or device will become unsafe.

Measurements of thermal conductivity are also subject to contact resistance, with particular significance in heat transport through granular media. Similarly, a drop in hydrostatic pressure (analogous to electrical voltage) occurs when fluid flow transitions from one channel to another.

Contact resistance tests provide information about how healthy the contacts are and their ability to handle their rated current.

The maximum contact resistance should be verified against manufacturers’ specifications. Rated current should not be exceeded and testing at 10% of the rated current is recommended.

The minimum DC test current should be used according to manufactures specification; however, the IEC and ANSI recommended levels are: 50 A IEC 60694 100 A ANSI.