What is Megger Test and How is it Performed 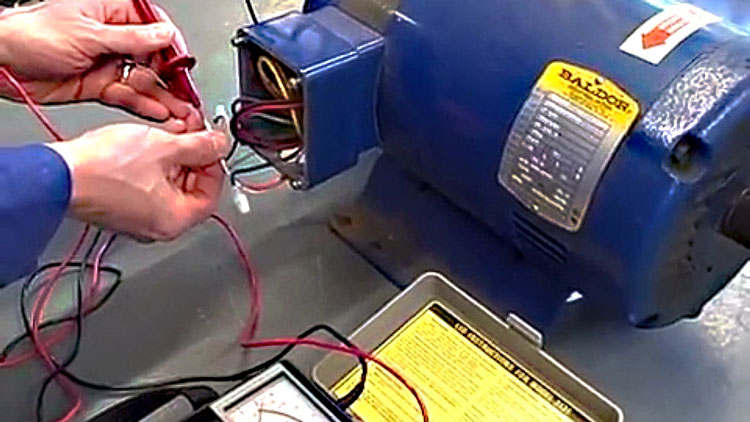 The device is being used since 1889, popularity raised during 1920s, since long back devise is same in its uses and purpose of testing, few real improvement appeared in recent years with its design and quality of tester. Now high quality option are available which are easy to use and quite safe. The Megger test is a method of testing making use of an insulation tester resistance meter that will help to verify the condition of electrical insulation.

The IR gives a measure of the enduring power of an insulator to bear the service voltage without any current leakage path. It gives an idea of an insulator’s condition. It is measured using an instrument named Megger capable of impressing D.C. voltage between its two probes, automatically calculating and then displaying the IR value.

Megger being so popular that “Insulation Resistance” and “Megger” are synonymously used.

Why Megger Testing is Done?

Another scenario is if your home has just experienced a fire and the fire department has left the scene. The Electric Company has turned off your gas and electric and you are in the dark. By the grace of God all that is damaged is your home and you need to start the rebuilding process. Your Insurance Company tells you that local jurisdiction, or the Insurance Company themselves, require a “Megger Test” to verify the integrity of the wiring system in your home.

When a fire or other high heat event (lightning, explosion, etc.) occurs, wiring and its corresponding elements (insulation, etc.) are subjected to high levels of heat. All metals and physical compounds have a melting point. In the course of some fire events this melting point is reached and the current carrying integrity of the wiring is compromised. The insulation may have melted internally or both the wire and insulation may have been melted. When this occurs you have a pocket of resistance that forms as the electrical current tries to flow across that melted area. As current flow increases, to try to traverse the pocket, it creates heat. That heat may create enough temperature to actually cause another fire. Just what you don’t need!  The scary part about these compromised wires is you may have no idea that this has occurred since the wire may be compromised behind the walls or in your attic

Megger testing does not cause any damage, making it a good option when someone does not want to put holes in walls to test electrical insulation for any problems or issues. The testing device only goes between 500 and 1,000 volts, which is relatively low. Due to the low voltage, some punctures in insulation go undetected. It generally provides information about the leakage current and whether insulation areas have excessive dirt or moisture as well as the amount of moisture, deterioration and winding faults.

What is Done During Megger Testing?

We can test your circuits for the existing connections and melted fault areas that may have occurred during a fire event. These results are then analysed and specific circuits can be isolated and replaced to insure that there are no further problems on your affected circuits. If you have had a fire talk to your Adjuster and see if megger testing is required. It is normally covered by Insurance since the last thing they want to do is pay another claim a month after you are able to reclaim your domicile.

Carelabs has the equipment on hand and the expertise to perform your Megger Testing and get those results logged and filed with your insurance carrier as well as the Local Building Department. We are here to help you make sure your existing wiring is safe, and of course, to install new wiring as needed as well. We are here for all of your electrical needs.

How Megger Testing is Performed?

A multimeter is used as an insulation tester in some conditions and mostly a continuity test only is performed. But for detecting and testing for a leakage current during a normal or overloaded condition, a special instrument known as the Insulation tester is used.

We measure electrical leakage in wire and results are very reliable as we shall be passing electric current through device while we are testing. We verify the electrical insulation level of any device such as motor, cable, generator winding, or general electrical installation. This is a very poplar test being carried out since very long back. Not necessary it shows us exact area of electrical puncture but shows the amount of leakage current and level of moisture within electrical equipment/winding/system.

The procedure of insulation resistance test or megger test are given below:

The empirical relation as below gives the recommended minimum value for IR, its unit being mega ohm (MΩ). . The value measures gives us the idea about the insulation strength of the cable and whether it is deteriorated or not.

There are instances when the measured IR is almost 10 to 100 times more than the IRmin found from above equation.

General measurement procedure consists of measuring IR between the three phases and also between individual phase and earth. IR is also measured for equipment body. The procedure varying from equipment to equipment. There are different voltage levels which are applied to cable based on their rating and size. For doing a Megger of a 33kV HT cable. The voltage level applied is of 5000V and the value of IR can be anywhere between 1GigaOhm to 200GigaOhm.

When we are using a multimeter, we are measuring a resistance, voltage, and current.  Based on this, I hope we are familiar with the term Insulation. This means that a current cannot pass or leak through a certain conducting wire when it is properly insulated or protected. These wires may be inside a building, appliances or an electric motor.

You are basically testing the resistance on a wire. For instance if you want to see if a motor is bad, you will “megger” it, testing each of the three phases of motor to ground and to each other to see if it is shorted to either ground or itself.

This can be separated into mainly two categories:

But there are another types of megger which is motor operated type which does not use battery to produce voltage it requires external source to rotate an electrical motor which in turn rotates the generator of the megger.

This test is performed at or above rated voltage to determine if there are low resistance paths to ground or between winding to winding as a result of winding insulation deterioration. The test measurement values are affected by variables such as temperature, humidity, test voltage, and size of transformer.

This test should be conducted before and after repair or when maintenance is performed. The test data should be recorded for future comparative purposes. The test values should be normalized to 20°C for comparison purposes.

The general rule of thumb that is used for acceptable values for safe energisation is 1 MΩ per 1000 V of applied test voltage plus 1 MΩ.

While using a megger, you could be injured or damage equipment you are working on if the following MINIMUM safety precautions are not observed.