What is Generator Load Bank Testing and How is it Done 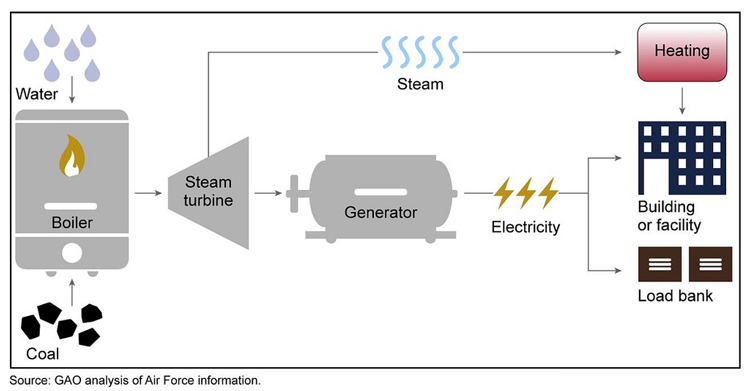 Running your generator efficiently is the key to ensuring its longevity and avoiding unnecessary downtime. Standby generators can remain unused for long periods of time, awaiting a power cut before smoothly intercepting it. Even a regular no-load test leaves the standby generator prone to faults incurred through underuse or neglect.

These diesel standby generators that run rarely and or lightly loaded can build up fuel deposits in parts of the engine over time, which may leave your standby generator with reduced output capacity when it is needed. Policies. Things like light loading a generator or neglecting scheduled maintenance can lead to unexpected operating costs, excessive wear and increased emissions

A load test in this situation will ensure that your standby generator will support your load when the occasion arises. Annual load testing is imperative to confirm your generator is capable of handling the demanded load when necessary, and some insurance companies demand it as part of their

Most importantly, though, regularly scheduled maintenance will help to make sure that your generator is ready when it’s called upon. For some applications, such as data centres, blood banks and hospitals, emergency power generators simply cannot afford to fail. That’s why preventative maintenance techniques like load bank testing are vitally important.

In fact, load bank testing is a mandatory requirement for some backup power generation applications. Emergency power generation systems fall under a number of regulatory oversight conditions and code requirements. The National Fire Protection Agency (NFPA) and the National Electric Code (NEC) have both drafted rules which pertain directly to the load bank testing of emergency generators.

Your generator set is a valuable resource that provides a dependable emergency power to your business when power from the utility grid is suddenly lost, or power is not available in your environment. In the event of a power failure you want to have peace of mind that your backup power supply will spring into action seamlessly on a moment’s notice. But what happens when the power goes out and your generator fails function as expected? The result can often be costly and sometimes catastrophic depending upon your application.

This is precisely the reason generator load bank testing is an essential piece of a comprehensive preventative generator maintenance plan, which you should ideally have conducted on your genset(s) each year. Load bank testing helps to ensure that your generator will be fully dependable and operational, as well as completely capable of the highest possible load it may be required to handle at any critical point in time. Load testing your emergency standby generator system should be part of a standard planned maintenance program for all systems.

Reasons to Test Your Generator

A good planned maintenance program that includes regular load testing should be a standard component of a generator system. The regular testing of the system will provide the highest comfort level that when the system is required, it will operate as designed.

What is Generator Load Bank Testing?

Generator Load Bank Testing is an Important Aspect of Preventative Maintenance. A generator load bank test involves an examination and assessment of a genset.  It verifies that all primary components of the generator set are in proper working condition. The equipment used to conduct a load bank test produces artificial loads on the generator by bringing the engine to an appropriate operating temperature and pressure level. This is especially important for standby and emergency generator sets that do not run very often and/or may not be exposed to carrying heavy loads on a frequent basis.  The general rule is – if your generator is not exposed to higher than 30% of its rated kW load then you should be considering a load test.

Load bank testing involves firing up a standby or prime power generator and running it under an artificial load at its maximum capacity for a specified period of time. During load bank testing, data can be recorded that offers a more thorough look into the health of the gen set on the whole. The test verifies that the generator is capable of handling incrementally higher kW loads, that it is still capable of accommodating its maximum specified load, and that it can work for an extended period of time. So, at its simplest, load bank testing is a way of verifying that your standby or prime power generator is still capable of kicking on and operating at its maximum kW output.

A load bank test ensures that your generator will run property when it’s needed so that you can fully depend on it during an emergency situation. The key to a proper load bank test is that it tests your generator at its full kilowatt (kW) output rating. Because many generators do not regularly operate at their full kW rating, it’s especially important that you verify your generator can actually produce the highest possible horsepower that may be required – while at the same time maintaining adequate temperature and pressure levels that will allow it to run as long as necessary.

The recommended procedure to follow for the load bank test would be to:

It will be discussed in detail in the following section.

Carelabs can help in designing the proper planned maintenance program for your standby generator system, and our team of factory trained technicians will make sure your planned maintenance will be carried out skilfully and any issues found will be brought to your attention immediately, ensuring you are prepared for the next interruption in utility power.

Load Banks are electrical devices that are temporarily wired into a generators AC voltage output. Load is applied to the generator through switches that are calibrated to produce specific Kilowatt (Kw) output.  This allows the operator to apply specific load steps during the testing process to match the generators rated capacity.

It is especially important that you verify your generator can actually produce the highest possible horsepower that may be called upon to produce. Only through this type of testing can you verify your unit’s proper operation of recommended temperature and pressure levels throughout the full range of operational status.

How does a Load Bank Test Work?

When a load bank test is implemented, an artificial load is placed on the generator. The test is timed and gradually increases the kW load in specific increments. Each time the kW load is increased, the test measures and records critical engine parameters, the generator’s ability to handle the boost, and its ability to continue functioning at the highest possible level for a sustained period of time. The equipment needed to complete the test includes a load bank (machine with kW rated sizes and battery like cables).

Placing a 100 percent capacity load on a generator and allowing it to run for a while not only brings to light any problems in the generator and in the engine and its cooling system; it also benefits the engine by properly seating the rings and dislodging build-up in the combustion chambers and on the valves. Diesel engines especially need a periodic load test in order to maintain performance and fuel economy.

At Carelabs we dispatch a portable load bank to the site, allowing the generator to be load-tested safely in controlled conditions, at a time that suits your business. We test the generator over a range of loads, monitoring and gathering data constantly for two to four hours, depending on your requirements.

Step 1
Check all fluid levels in the generator. Make sure the fuel tank is full, the oil level is correct, and the radiator or coolant tank is full, if it is a water-cooled generator.

Step 2
Start the generator and allow it to reach normal operating temperature. Watch and listen for any potential problems or abnormal noises. If any problems are noted, do not proceed with the test until you take care of them.

Step 3
Begin connecting the loads, beginning with any large 220 volt loads and adding smaller 110 volt loads until each leg carries 50 percent of the maximum continuous rated load of the generator. Do not exceed 50 percent on any one leg. If possible, use 220 volt resistive loads, such as large space heaters or water heaters. They simplify this step because they apply the load to each leg equally.

Step 4
Check the amperage of each leg with the ammeter, and check the voltage from each leg to neutral with the VOM set to read AC volts. For a 110/220 volt single phase generator, the voltage of each leg should fall between 105 and 125 volts, and the current should be half of the rated watt output divided by the voltage, for each leg. For example, if the voltage from each leg to neutral is 117 volts loaded, and the generator is rated at 10 kilowatts continuous, each leg should be loaded to 5000 divided by 117 or approximately 42 amperes. If one or both legs drops below 105 volts at full load, the generator has failed the test and needs repair.

Step 6
Remove the loads gradually at the conclusion of the test, and allow the generator to run under light load for one hour. Remove all loads five to ten minutes before shutting the generator down.

When a diesel engine powered generator is not used frequently or only run on light loads, it can be prone to experiencing unburned fuel and soot build-up in the exhaust system. This is called ‘wet-stacking.’ When wet-stacking occurs, the genset is likely to perform poorly, to endure damage, can become a fire hazard, and can even lead to complete failure. During a load bank test, the generator is allowed to run at full power and full temperature. This will cause any wet-stacking to burn off. Hence, a load bank test actually serves two purposes:

Carelab’s load bank testing removes the issue of unburned fuel build-up by permitting your generator’s engine to reach its maximum operating temperature. As a result, your standby generator operates more efficiently, thereby guaranteeing the unit is working exactly as it was designed to do. Regardless of whether your generator’s engine is fuelled by diesel or natural gas, it can benefit remarkably from our load bank testing service.

Carelab’s load testing of generator sets is a wide-ranging service that monitors every critical component of your generator, including the engine temperature as well as the oil pressure. Throughout the testing process, we wisely oversee the entire unit, ensuring that it is run at normal operating pressures and temperatures once optimal levels are achieved. As part of this service, we provide you with a broad report that includes all your generator’s output readings % load, kW meter, engine speed, power factor, frequency meter, lube oil pressure, water temp, ambient room temp, oil temp, battery voltage, fuel pressure and fuel level as well as any comments and recommendations. As a plus when Carelab’s operates, you will experience no disruption to your facility’s operating schedule during the testing process.